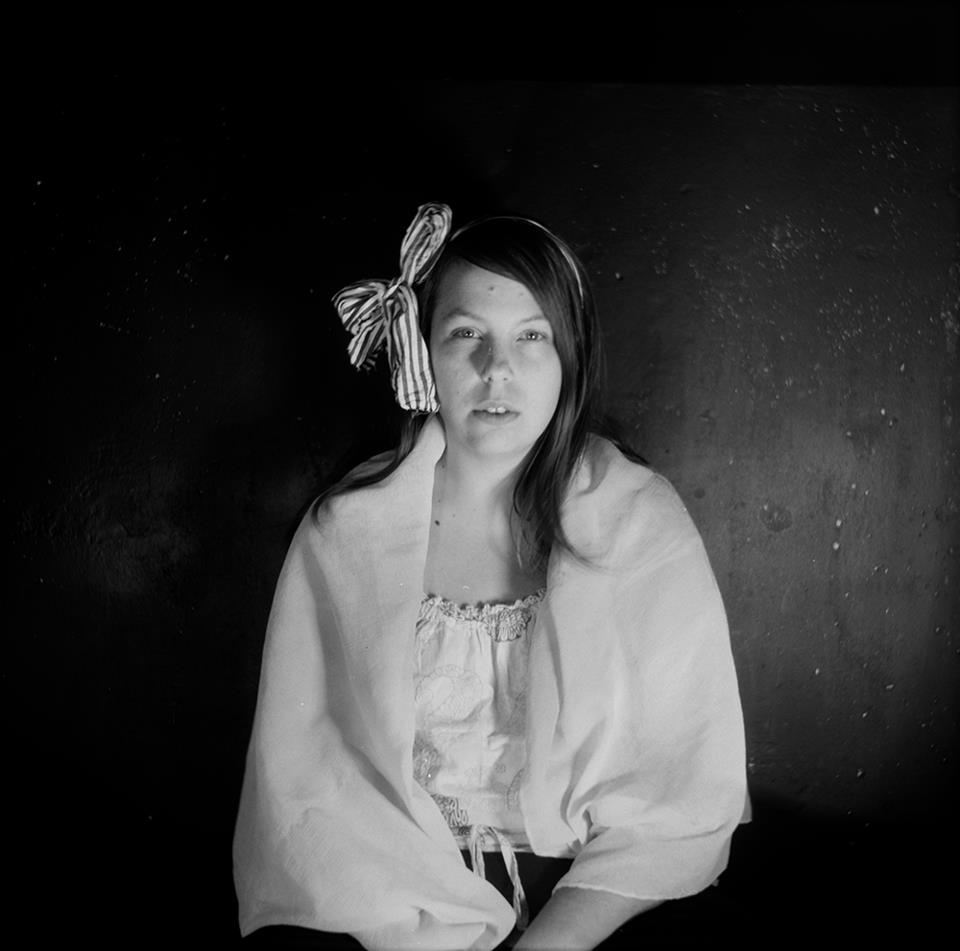 She has developed several successful collaborations with international acoustic and electronic musicians, sound and video programmers, producing series of audio-visual performances where she manipulates time and images in evolving structures.

She uses live cameras and pre-recorded video samples, sometimes combined with programing language such as pure data, seeking to develop a closer interaction between video and sound events. Fascinated by archaic imagery and mechanical objects, she also creates costumes and scenography, seeking to immerse the audience in a dream box, using her figure as a “persona” reenacting a forgotten memories inside a poetic journey.