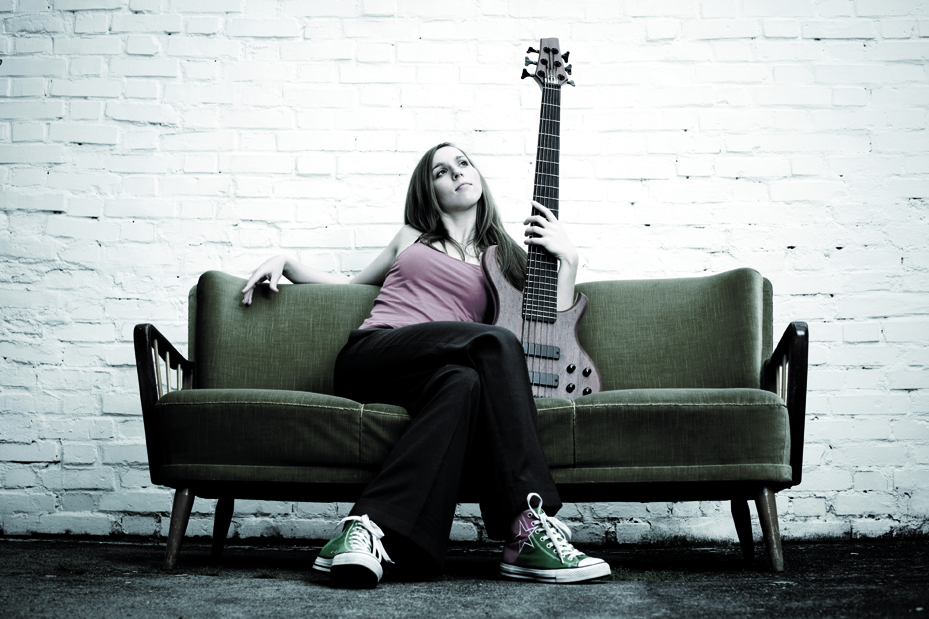 Franziska Plückhan was born to German parents on January 13th in 1987 in Milwaukee, USA. Her mother gave her the nickname ‘Sissi’ (thanks to the Romy Schneider movies about the empress of Austria) and also made sure her daughter got a proper early musical education and piano lessons. Due to the father’s job, the family moved on to Germany, China and Singapore before moving back to Germany in 1997. During that time Sissi and her two younger sisters were sent to international schools.

Back in Germany, Franziska moved from piano, over guitar to the electric bass. The school orchestra needed a bass player for the upcoming musical performance and the young girl didn’t hesitate taking the job, to get out of the overloaded guitar section.

With twelve she played the bass in her first punk band ‘Hirnschlag’ and made her first jazz experiences in the school big band. In eleventh grade she changed to a school that was specialized on classical music education. Next to her classical guitar lessons, Sissi made her first money playing bass in the school jazz band. Here she also made her first attempts as a jazz singer. It was during this time that she started writing her own songs and practicing her skills at singing and playing the bass at the same time.

After graduating, Franziska first decided not to pick music as a job option, but quickly changed her mind when she didn’t get into design school. Starting at a private bass school in Cologne, she soon got accepted at the Music University in Mannheim in 2007, where she got her bachelor’s degree for jazz and popular music, with a major in electric bass and singing. While studying in Mannheim, she formed the Band ‘Teleidoscope’ and started playing her first solo gigs as ‘Sissip’. Even though the university had it’s main focus on jazz, Sissi preferred playing popular music, although she always treasured jazz as a source of inspiration.

Still not totally sure what to do with all that musical education, Franziska added a master’s degree from the University Of Popular Music in Mannheim to her list. During that time she formed ‘Mental Bend’ with her boyfriend Hendrik Havekost, and started falling in love with experimental and electronic music. In 2014, Sissi was done with studying and needed some new input, so she and her boyfriend decided to move to Berlin. Next to playing her original music with ‘Sissip’ and ‘Mental Bend’, she works as a freelance musician and offers her creative thoughts to whoever needs some.