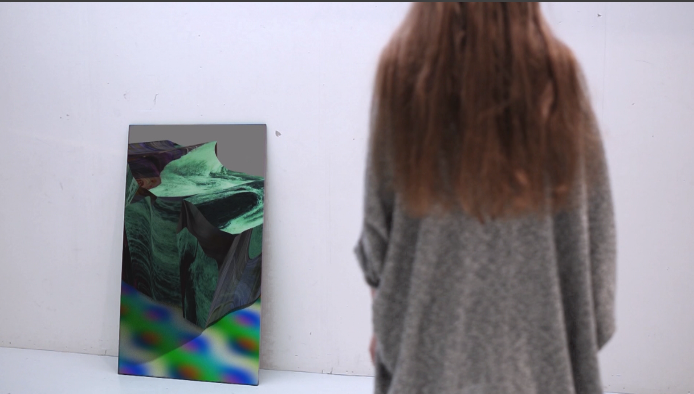 Three women, sitting in one room and amusing each other with small conversations. The story which is built alike the classical drama by Chekhov, has turned into an artificial constellation according to Sci-Fi films. Through building words to sentences and by gathering flowers into a garden they are trying to reconstruct their connection to each other as well as to the real world outside. Alike the sitters in paintings by the romantic painters like Brjullov and Waldmüller are put into the constructed environment (capricci), the protagonists are captured in a surrounding, where they not belong to and are artificially transposed.
The film avoids phrases connected with each other, the sounds synchronised to video, the room as a real one, the gathering of the plants in a real garden. The distinction between real, natural and “virtual” world becomes blurred. Correlated Signs is research on artificiality in using methods of film making, digital 3d-construction and sound editing.