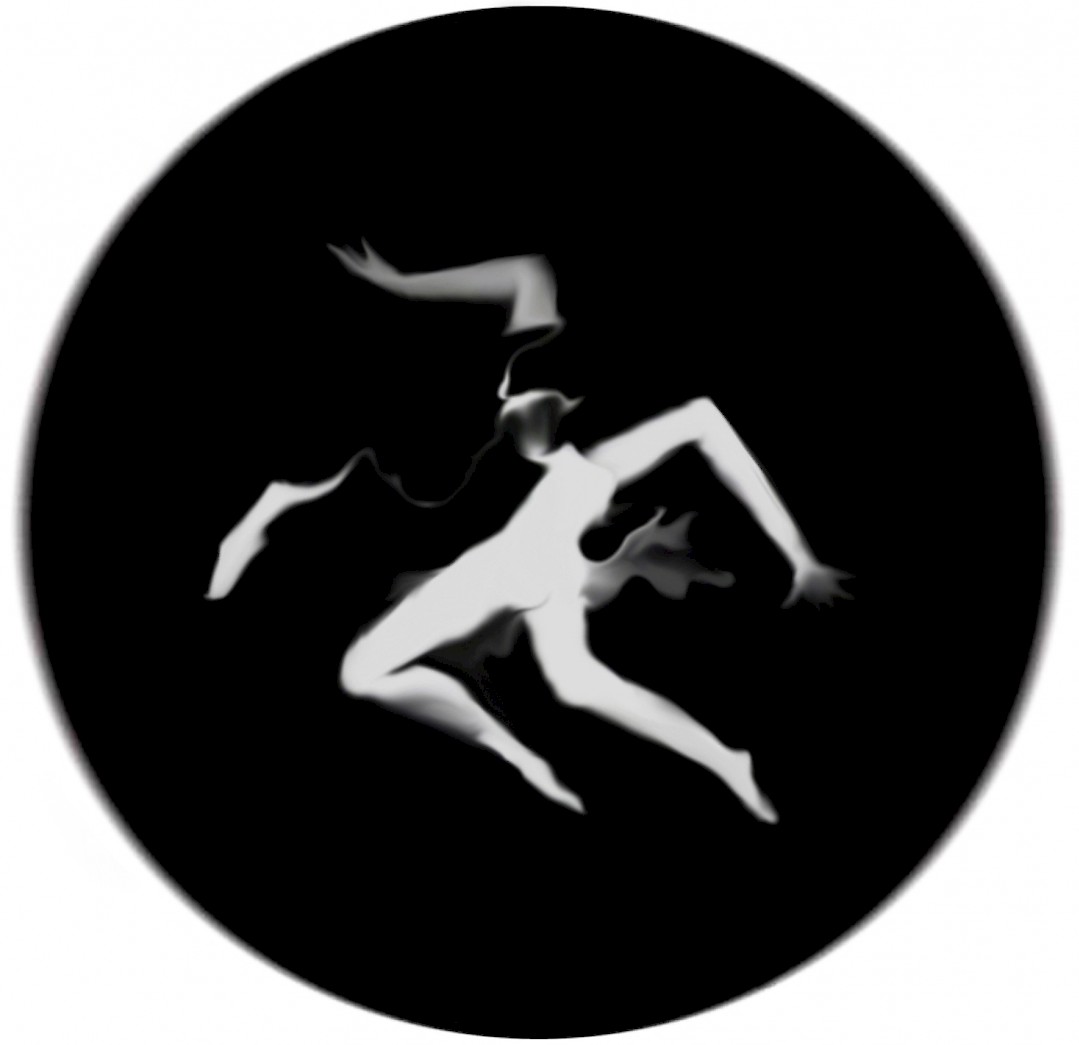 MAGIC OF CIRCLE videogram is video based on around hundred sequences from inner meditative journey made in photoshop during several months in 2014. Those circle graphics are then morphed into meditative videogram with idea to catch us in present state of absolute film that is ongoing inside of each of us...

In this work, Katarina rejects the infinity of chromatic variations it offers and takes only two non-colors – black and few degrees of gray, in order to start a strict, almost Jansenist study of microcosm, the relationship of fluid white-gray shapes contained in a mighty black circle. Now, at this stage of Katarina’s quest, the circle gets its full mystical significance. It is the magic circle of the old alchemists, Uroboros of introspection, the circle of numeric revelations, but at the same time it is a new example of minimalist expressionist art on the trail of Japanese Ensō.

These circles are a kind of Borromeo circles. Each on their own, those circles represent closed, insightful and brilliantly, visually told story. In each of them we inevitably go further beyond an offered associativity given as a hint in the title, to find a far deeper resonance of artist’s intimate feeling, her joy of plunging into the depths of the black circle in which she succeeds to find essential echoes of our existence. However, despite this very experience of each circle we quickly become aware of their interconnection. Only together they offer a complete status report – a report on the situation. When we look at them as a whole, again we find the film element that was barely indicated in the photographic cycle and we recognize that each of these circles is masterfully composed sequence that stands as a part of an autonomous film for which we dare to claim that it is the true successor of abstract animated films, made during the twenties of the last century by painters from Absolute Film group Hans Richter, Walter Rutman and Oscar Fischinger. If we look a series of Kash at the way, we will see that it perfectly fits the Rutman’s definition of absolute film as “painting in time.”

This exciting journey that has led us from the humble nest lost in the dry grass to clean, jansenistic rigorous shapes of whitish ectoplasm in black circles that compel us to dive in them, to get lost in them, to see them both as individual essays and complex treatise denominated by means of the absolute film which can help us to find a long ago lost essence, the essence approached so close by Katarina Švabić’s works.