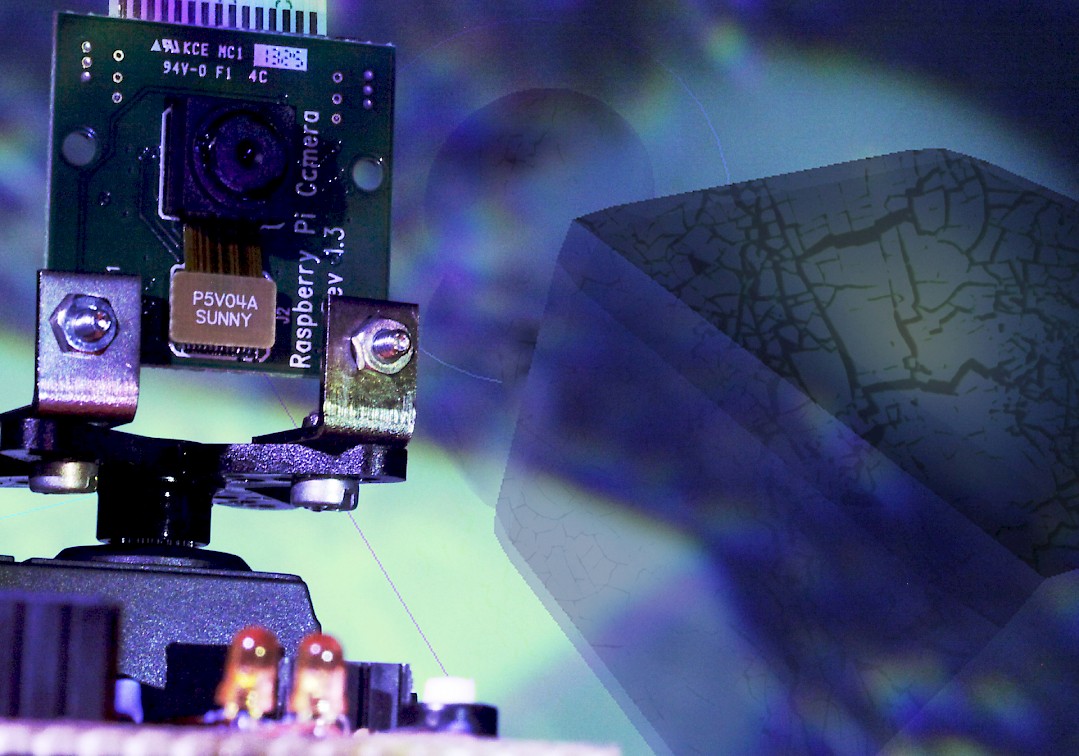 The performance combines four different layers of visions that are merging into one visual Gesamtkunstwerk: 3D models, video scratching, live camera, and mechanical effects are likewise projected within the space. The 3D models are animated in Open GL, whereas video scratching and live cameras run on each Raspberry Pi. Mechanical and optical effects such as fragmented projections are generated by servos and glass prisms.

"Embedded Artist" is not only projecting all over the walls, but it is filming the audience and the space likewise and re-projecting those images. Moreover, the light beam of each projector is fractionized by a prism and therefore sends broken images onto the walls. Thus the combined effects of all four layers allow for the linking together of performance and space. In doing so the performance is blurring distinctions between artist and audience, body and mind, artwork and space.

On the level of sound the industrial noise as well as the digital sound processing are creating structure and patterns that are strongly related to the visuals. The contradiction between noise-based materials and electronic generated music creates a bond of resonance between musical sound and non-musical sound.

For the performance both artists developed a system for multiple embedded systems. To achieve this the following software and programs are used: Pure Data, Raspberry Pi, Raspian, and Python. As hardware components several Raspberry Pi's were combined with Paper-Duino-Pi's.